About 380 billion tenge will be invested in the region's economy with the creation of more than 1.7 thousand permanent jobs 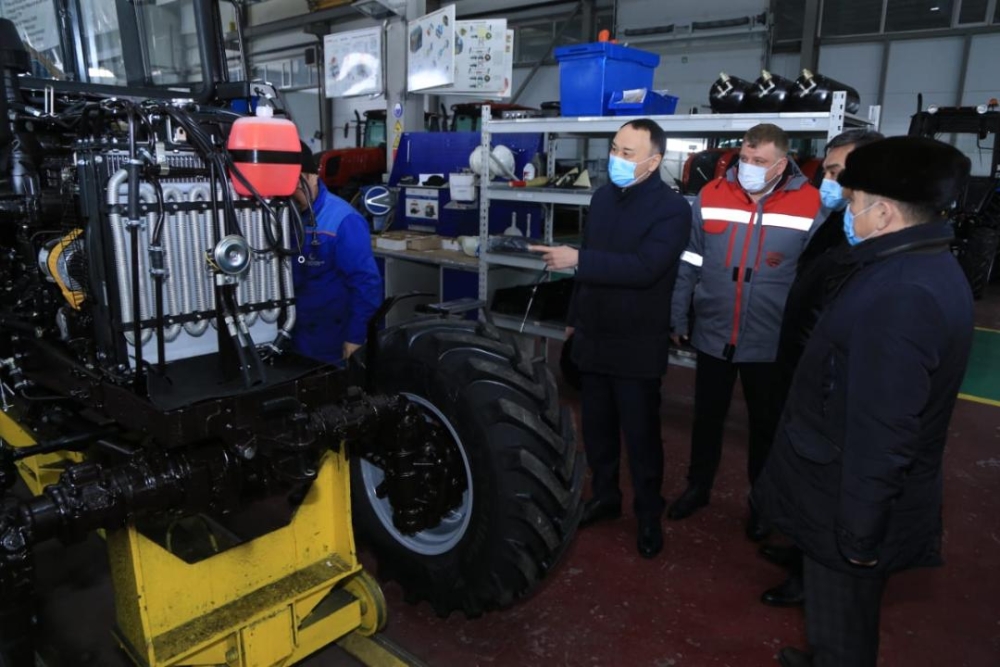 Akim of the region held a regular field meeting with investors and government agencies on the territory of the Industrial Zone.

Such events are a platform where business entities voice problematic issues that arise during the implementation of investment projects.

The task as a local executive body is to carry out the development of joint decisions to provide assistance to investors for the timely launch of new industries.

In particular, the parties discussed the current issues of construction of two plants for the production of automotive components, which are being built jointly with KAMAZ PJSC.

Negotiations are also underway on the implementation of a third project aimed at localizing the future production of drive axle beams for trucks. At the same time, it is planned to build a service and transport and logistics center for trucks. This project is a continuation of the initiatives created jointly with KAMAZ PJSC by AUTOCARGOKZ, the purpose of which is to provide transport and logistics services for the transportation of manufactured products from the planned KAMAZ plants and other machine-building enterprises.

As previously announced, it is planned that by 2023 the company's fleet will include 250 vehicles, by 2025 it is planned to increase to 1.5 thousand trucks.

Further, projects implemented jointly with the Minsk Tractor Plant were considered. This year, it is planned to launch a plant for the production of cabs for the existing production of Belarus brand tractors.

The industrial zone is an infrastructure platform not only for external investors, but also for domestic business entities.

Thus, TEHNOPARK KZ LLP started construction of a plant for the production of commercial vehicles. This project is being implemented jointly with the Russian company Luidor.

SaryarkaAvtoProm LLP is working on the implementation of a project aimed at organizing the stamping production of car bodies.

The described initiatives will favorably influence the development of the region's machine-building cluster. Thanks to the above projects, about 380 billion tenge will be invested in the region's economy, with the creation of more than 1.7 thousand permanent jobs.

Then the head of the region visited the Ice Palace in Kostanay.

The building area of ​​the Ice Palace is more than 8 thousand square meters and is designed for 2500 seats for spectators. The sports facility is completely ready.

Source: Press service of the akim of Kostanay region